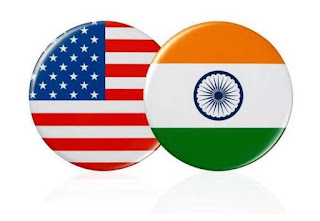 Inherent in India’s growth story is a natural partnership with the United States. This partnership is evolving fast both in strategic and economic domains,” India’s Ambassador to the U.S. Harsh Vardhan Shringla told students and faculty of the Harvard Kennedy School in Cambridge, Massachusetts, on Friday.


“Our defense procurement relationship has gone up from almost nil 15 years ago to nearly 20 billion today. India is now a major defense partner of the United States. We have signed a number of foundation agreements and our militaries exercise regularly with each other,” he said.
India-US bilateral trade, he said, has been growing at 10 per cent year-on-year basis to reach USD 142 billion in 2018 and has also become more balanced, Mr. Shringla said.
The investment relationship is also bi-directional with 2,000 US companies investing around USD40 billion in India covering almost every sector of the modern economy. At the same time, 200 Indian companies have invested USD 18 billion dollars in the US creating more than 1,00,000 jobs directly, he told the audience.
“Our strategic energy partnership has also grown with India importing nearly 8 billion dollars of oil and gas this year,” he said.
“We have long term cooperation in health technology with US agencies such as National Institute of Health and a range of collaborative research projects focussed on understanding chronic and infectious diseases at basic molecular/clinical level and development of new therapeutics and diagnostics to address healthcare-related issues, including development of new vaccines and treatment of multi drug-resistant tuberculosis,” Mr. Shringla said.
Posted by Vaibhav shobha mahadev at 01:25