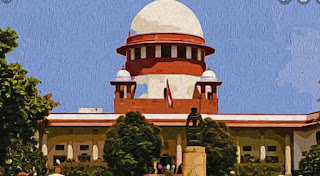 The move came hours after the leaders of the three parties submitted a letter to Maharashtra Governor Bhagat Singh Koshyari claiming that they have the requisite numbers to form government.

Mr. Bhagwat had said earlier in the day, "Maharashtra Legislature Secretariat has received a letter from the NCP claiming that Jayant Patil is the Legislative Party Leader for NCP. However, the Speaker has yet not taken a decision on it. I repeat, no decision has not been taken."
Maharashtra Legislative Assembly is yet to elect a Speaker. In the absence of the Speaker, the Secretariat or secretary cannot take a decision as is being claimed by reports, Mr. Bhagwat said.
We request Maharashtra governor to ensure floor test be held on November 27
* All elected members in Maharashtra assembly to take oath on November 27

* Exercise be over by 5 pm on Wednesday, no secret ballot during floor test in Maharashtra assembly

* There is need to respect separation of jurisdictions of legislature and courts. The courts should intervene only as a last resort. "This (Maharashtra) is one such case
Posted by Vaibhav shobha mahadev at 23:35