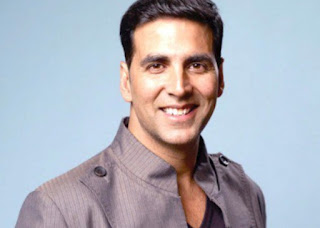 With a list of blockbusters slated to release next year, Akshay Kumar will be coming face-to-face with Salman Khan and Aamir Khan at the box office in 2020. But with an outstanding year with releases like 'Kesari', 'Mission Mangal' and 'Housefull 4' doing excellent business at the box office, Akshay is all set to create a historical box office record.
With 'Kesari' which released in March this year minting Rs 203 crore, Akshay's box office business graph was off to a good start. Post that the actor headlined Jagan Shakti's multi-starrer 'Mission Mangal' which was loosely based on the life of scientists at the Indian Space Research Organisation and showcased India's first interplanetary expedition. The film went on to collect a total of Rs 277 crore and took Akshay's total collection to a total of Rs 480 crore in the first half of the year itself.

Now, his recent release 'Housefull 4' which revolves around the concept of reincarnation, has been doing good business at the box office in the fourth week as well. The film has managed to collect a stupendous total of Rs 290 crore in a span of just 25 days. With an accumulative total of Rs 770 crore at the box office and 'Good Newwz' yet to release, Boxofficeindia.com's latest report suggests that Akshay could become the first actor to surpass the 1000 crore mark at the box office in a year.

As per the report, if Akshay's 'Good Newwz' manages to rake in around Rs 225 crore then, the actor could create history of collection Rs 1000 crore in a year. With Salman reaching close to the milestone in 2016 with Rs 970 crore approximately with 'Bajrangi Bhaijaan' and 'Prem Ratan Dhan Payo' doing a great business at the box office, Akshay is sure to beat the Bhaijaan of Bollywood this year.
Talking about 'Good Newwz' which also stars KAreena Kapoor Khan, Kiara Advani and Diljit Dosanjh, the Raj Mehta directorial's trailer promises to be a total entertainer.

Posted by Vaibhav shobha mahadev at 10:52